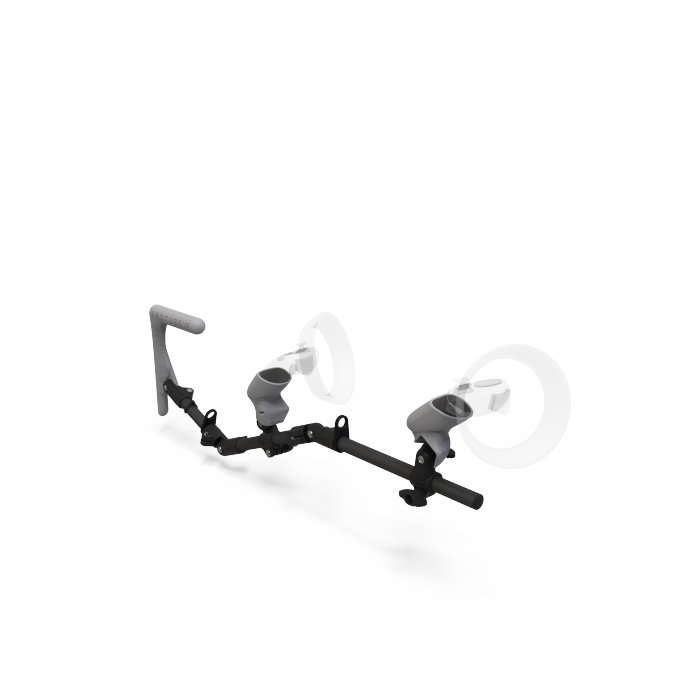 The Starter product range from ProTubeVR is probably the best way to discover our products and all the advantages of our simulators.

The Starter consists of a tube on which are placed cups where you put your joysticks.

Be quick and reactive with this compact accessory that will improve your aim by stabilizing your controllers on your VR FPS. You can also use it to simulate your melee sword and ax blows.

What are the advantages?

Opt now or later for the MagTube rifle for an even greater feeling of immersion and comfort!